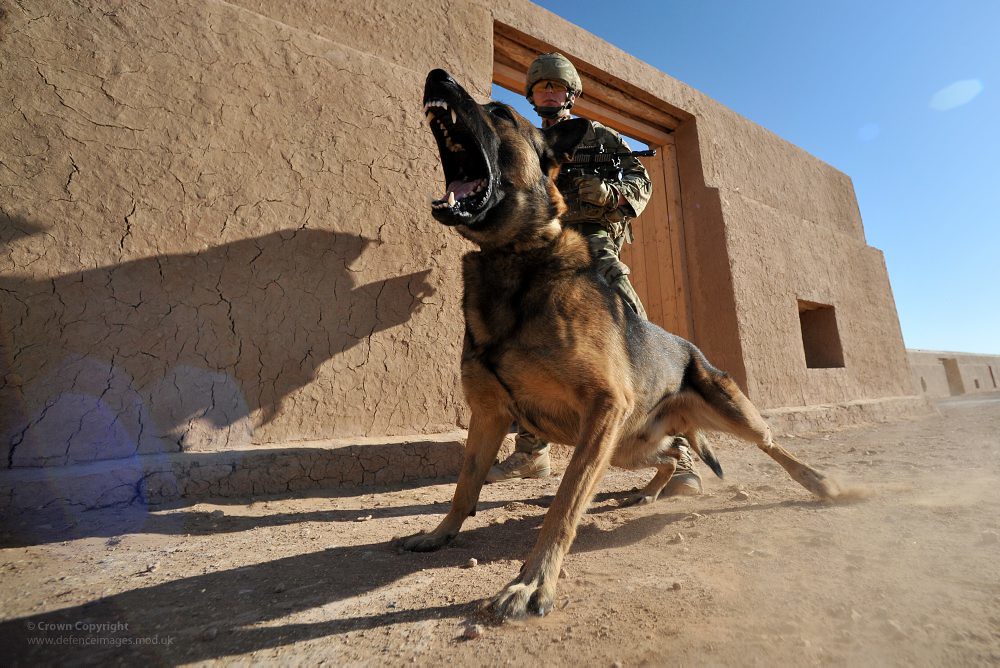 If a German shepherd attacks you, the first thing to do is create a protective barrier like a sweater or a scarf to distract him. Secondly, use your arms as a shield, lean into his bite, and most important don’t fight back.

What to Do If A German Shepherd Attacks You?

Use Your Arms As Shield

Make a fist with your arms and use them to protect yourself from the German shepherd bites. Curling your hands into fists prevents the GSD from biting off your fingers. Your hands can withstand the bites more than any part of the body.

Lean into the Bite

The worst mistake you can do is to pull your hand away from the German shepherd’s bite.  This will make him add more force and the further you will get hurt.

Move the part that the GDS is biting closer to his mouth, this will reduce the force of the bite and makes it easy to release yourself from it.

When a German shepherd attacks, you can be tempted to fight back. That is a bad idea because the dog will get more aggressive and fight back more fiercely. You should stay calm, minimize your movements and the dog will eventually be still.

Reasons Why A German Shepherd Can Attack You

Lack of Socialization and Training

A German shepherd should be socialized with other animals and new environments at an early age to prevent aggression.

Also if the German shepherd is poorly trained, he will be tempted to attack a person.

If a German shepherd was mistreated in the past either by use of physical punishment when training him or any other form of abuse, he will be aggressive. He might not be able to revenge on the one who had done the act, especially if the dog was adopted. He will attack any person to do his revenge.

If a German shepherd is injured, he will be aggressive to prevent a person from touching the injured part. He can show signs like limping and whining when injured.

You Have Indirectly Encouraged It

You can encourage a dog to be aggressive unknowingly. This is done when you give him treats to stop him whenever he shows an aggressive trait, this motivates him to do it more expecting to be given a treat again. Any kind of attention either positive or negative can motivate your German shepherd to be more aggressive if he was aiming to get attention. This should be corrected through training.

Some German Shepherds can be aggressive because someone touched their food or toys. It can also be triggered by someone invading their territory. This issue can be solved by the intervention of a dog behaviorist.

He Was Threatened Or Provoked

A German shepherd will attack if he is threatened. Furthermore, dogs are easily provoked when someone looks them directly in the eyes. Avert your eyes anytime you meet eyes with a dog to avoid an attack.

German shepherds are known to be devoted and defending to their owners. If you get near his owner, he will attack.

Why Should You Keep Puppies With Mothers For Longer?

Keeping the German shepherd puppies for 8-12 weeks before buying or adopting them helps in minimizing the chances of them attacking and biting people in the future. This is because when a puppy is with his littermates, they keep on biting each other, and that makes them understand that biting is painful.

Can A German shepherd Kill You?

Yes, a German shepherd can kill you but they attack due to many reasons and also by how you handle the attack. The best thing to do is to follow the guidelines above to prevent such cases.