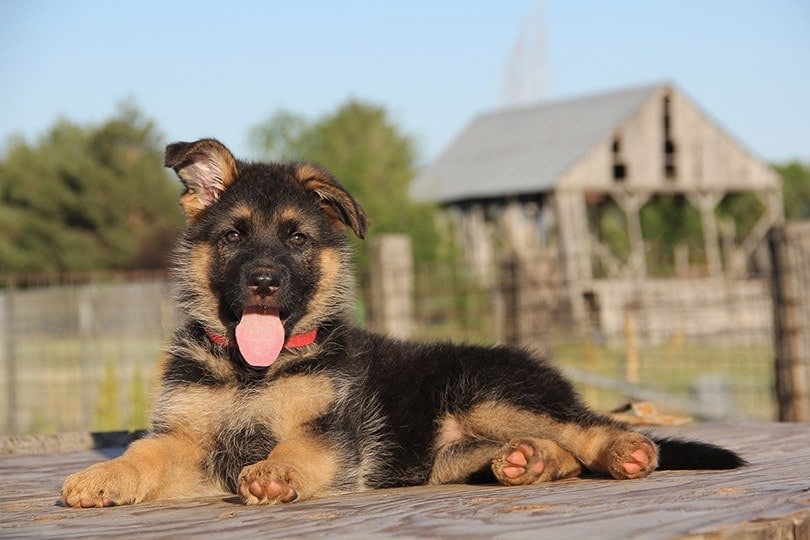 Depending on how a GSD dog is bred, the breeder can determine the type of earn the offspring will have. The two types of ears can have their ear cartilage broken due to many reasons.

Here is a video tutorial of how tapping works:

Reasons why A German Shepherd Can Have A Broken Ear Cartilage

Puppies and adult German shepherds sometimes play while biting each other’s ears, this can result in the breaking of the ear cartilage. The cartilages do not have many blood vessels like the other body parts meaning the healing process will be slow.

Ear infections are caused by yeast and bacteria which affect the inner and outer ears. When the outer ear is infected, the ear cartilage gets weak and can break easily after minor damage.

A German shepherd can also suffer from an ear infection like Ear polyps. This infection manifests itself in form of a growth that grows inside the ears. The growth makes the dog irritated and leads to a lot of scratching making the ear cartilage break. This disease is treated through surgery.

Trauma to the ears

The ears might have been damaged by the kids when they were playing. Kids tend to pull the dog’s ears every time they get a chance, this can lead to your German shepherd having broken ear cartilage.

Some German shepherds have weak ear cartilages than others, they might get broken when you play with them without pulling or using too much force.

The ears can be invaded by mites which makes the dog scratch his ears excessively. The mites can make the ear cartilage break and also lead to many health complications.

Skin allergies are caused by certain foods that you feed your German shepherd. If you feed a German shepherd food that can cause any allergic reaction, he can have some rashes on the skin and itchiness. This will make your dog scratch his whole body including the ears leading to damage.

If a German shepherd was poorly bred, he is likely to have broken ear cartilage and more health complications. This is mostly if the breeder did not do a thorough health screening, making the GSD prone to many health issues.

If you feed your German shepherd low-quality food, he will not have enough immunity to fight ear diseases. His ears will not be strong to withstand the slightest attack.

Poor ear cleaning methods will make a German shepherd have dirty and irritated ears. If you use water for cleaning, the ear will get sick and lead to damaged cartilage.

Also if there are remains of dirt in the ears after cleaning, a dog will scratch his ears in an attempt to remove the dirt and damage the ears in the process.

Tapping is Painless but it makes the dog very uncomfortable and irritated. You should inform your vet before trying to fix a broken German shepherd ear.

The best way to care for a German shepherd’s ears

Cleaning with a Dog-Friendly Ear Drop

You should clean the dog using a canine-friendly ear drop but not water. Using harsh eardrops or water will make your German shepherds prone to ear infections and discomfort.

Give Him A Balanced Diet

Give your German shepherd a balanced diet to boost his immunity against ear infections and help strengthen the ear cartilages.

Buy A German Shepherd Puppy From A Reputable Breeder

Buying your puppies from a recognized breeder will help reduce the chances of having a dog whose ears can easily be broken. This is because these breeders produce healthy puppies.

See how much German Shepherd puppies cost from reputable breeders.

You should ensure that your dog is not harmed further by other dogs or children while playing. If he has broken cartilage, you should keep him safe until he has recovered. After recovery ensure that he only plays with your kids under supervision.